Life in the West Riding of Yorkshire

Current Status : Mural was demolished in the late 1990's due to airport expansion. 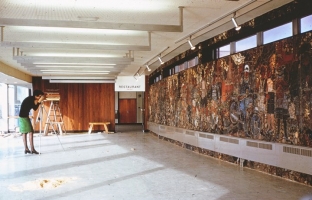 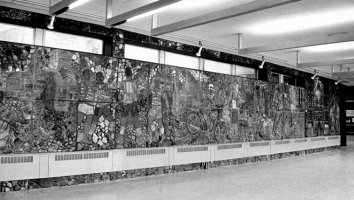 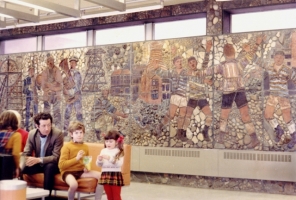 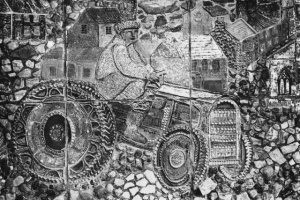 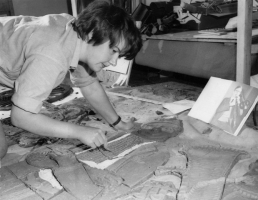 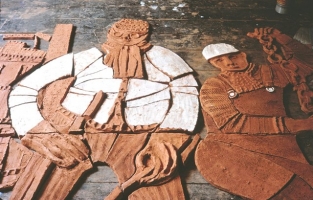 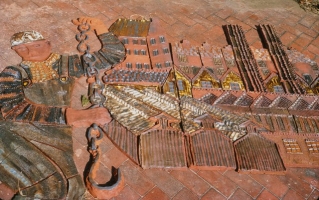 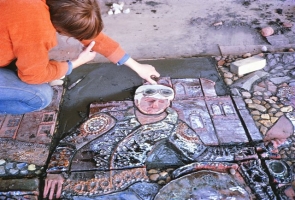 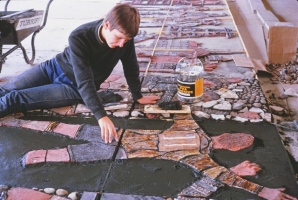 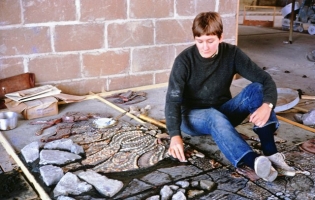 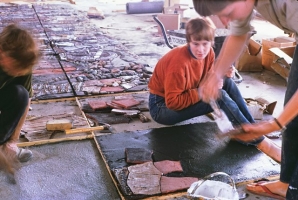 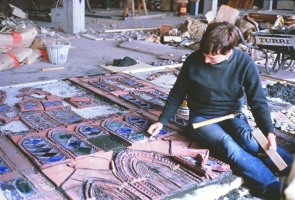 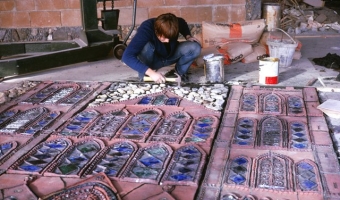 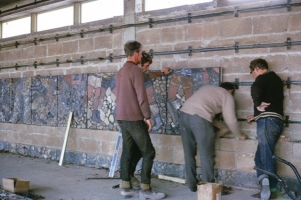 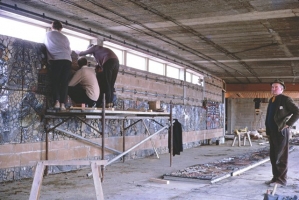 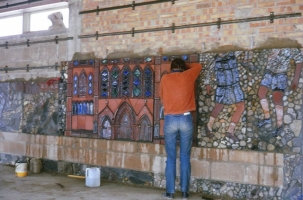 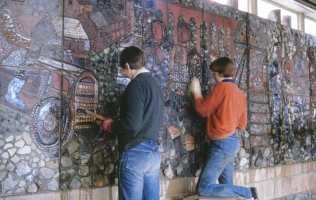 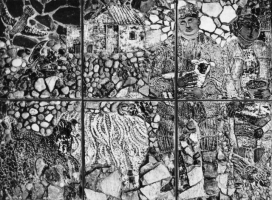 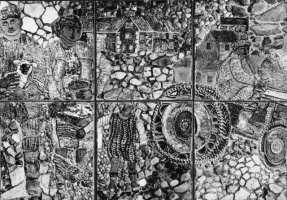 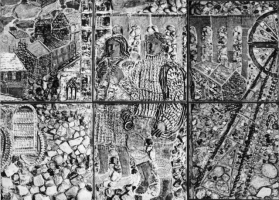 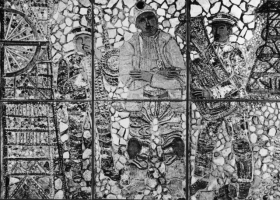 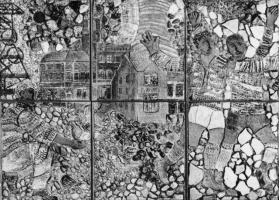 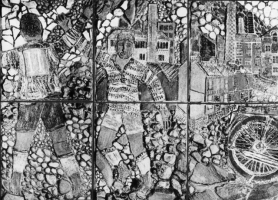 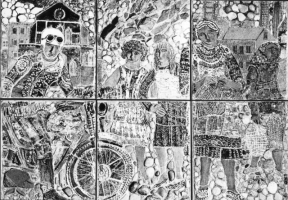 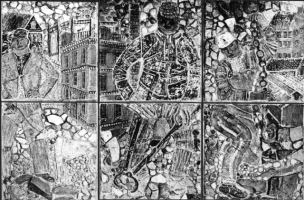 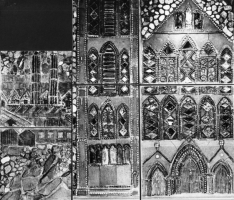 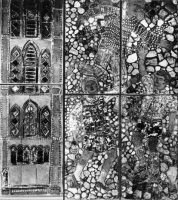 In 1966 I was commissioned to do a large mural for the expanding Leeds Bradford Airport at Yeadon. The following is taken from a piece that I wrote for the Concrete Quarterly 82. (Summer 1969) 'When asked to make a mural for the viewing deck of the new Leeds Bradford Airport terminal, a number of design problems presented themselves. The wall measured eighty four feet long by six feet high but was interrupted by high - up windows and radiators at rhythmic intervals. The medium used would have to withstand the ravages of bored and energetic children, and I wanted the mural to have some meaning for the broad range of people who were likely to use the airport'. 'The subject I chose was Life in the West Riding. Anyone who has walked in the Dales and then driven into the heart of Bradford - less than 20 miles away – knows the dramatic changes of this area, from timeless open moors to the constrictions of Victorian industrialization'. 'I tried to get the different atmospheres and buildings and people to come out in a kind of episodic strip, emerging as one walks the length of the viewing deck. Dales and mining scenes blend with a brass band, footballers, wool mills, mill girls, steel workers – leading onto Ripon Cathedral and young children at play. Each group is meant to be seen as an entity, which solves some of the problem of the limited viewing distance, and yet each is linked with the others by the common medium and background'. 'The ceramic in this mural takes the form of figures, buildings and machinery. Stones make up a rich and muted background for the colours and textures of the ceramics, fitting well around the awkward shapes of the windows and radiators. The schoolchildren of the West Riding were encouraged to collect stones and they did this with such enthusiasm that we had literally tons of stone with which to work. After the mural was finished, it was sad to see all those carefully collected pebbles destined to be buried in the foundations'. 'I have worked on abstract and figurative subjects but I find that I can bridge these two extremes by basing designs on the formal patterns of Byzantine mosaic or Gothic sculpture. In this mural the buildings were real buildings, drawn and photographed in bitter January weather, and the people are meant to be real people, not too stylized or enigmatic. This medium, however, is a formal one and the formality gives pattern. Perhaps it is at its most successful, therefore, in the organised and ready-made patterns of the great cathedral at Ripon, or the tractor in the dales scene, or the motor-cyclist’s studded jacket'. It was sad to hear in the late nineties that this mural had been demolished to make room for the airport’s further expansion. I had often heard from people who saw it when visiting the airport and remembered collecting the stones. It had almost become part of the West Yorkshire tradition, and had recorded many things which were contemporary at the time. The tractor in the dales without its safely cabin... the miner standing with the pit winding gear... the wool mill and mill girls... the steel workers with their tools and goggles and even the young children in formal school uniform are all now gone along with the mural itself.