Current Status : Martins Bank has long since gone. Whereabouts of mural not known.

We suspect that this mural was destroyed when Martins Bank ceased to exist. We would be very grateful if anyone can tell us anything about its fate. Martins Bank has an archival site which collects evidence of the varied art work commissioned by the bank over its years of existence. Three of my murals feature on the website: 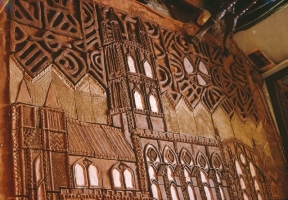 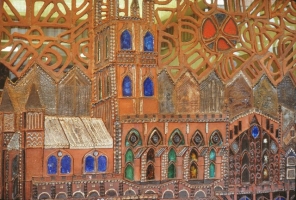 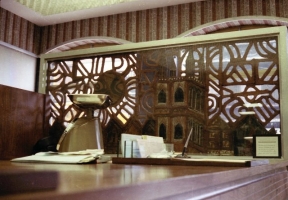 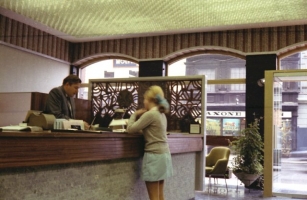 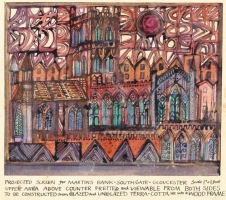 Martins Bank commissioned 3 murals before they were taken over by Barclays in 1969.

The Gloucester Branch mural was based on Gloucester Cathedral. It was a two sided panel, showing the cathedral with rich windows filled with melted coloured glass and a fretted sky. The fretted sky area could be viewed from two sides, which called for a thick glass panel to prevent a gun being poked between the pieces at an unfortunate bank clerk.