Peoples Who Used the Essex Road 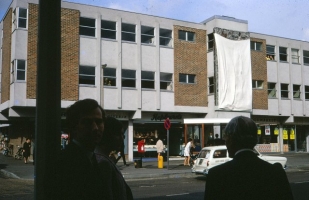 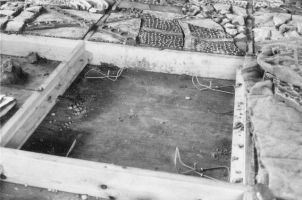 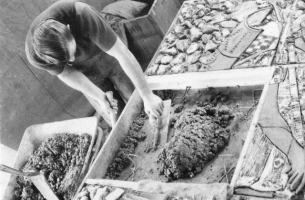 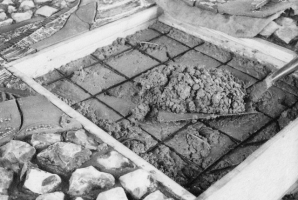 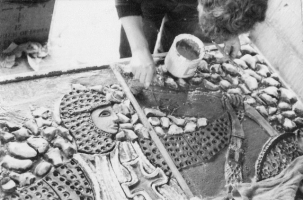 We were asked to design a mural for a small shopping development in Ingatestone. This is a small market town in Essex, which is situated on the A12 trunk road. This road has for centuries been a main thoroughfare leading from the east country into London and is known as the Essex Road. I worked on the theme “People who have used the Essex Road.” We introduced a Roman foot soldier marching with his pack, a Knight Templar on horseback, and Queen Elizabeth I - who visited the area. Ingatestone was a coaching stop in the 19th century so I also introduced a Victorian coachman with frock coat and horn. We found that in the 19th and early 20th centuries, flocks of turkeys were herded down the Essex Road from Norfolk for the Christmas market. I included a man and young boy driving a turkey as well as a sheep along the road. The ceramic figures were set into cement and applied to especially made concrete blocks. Flints are very much in evidence in this area so we used these as the backing material instead of the stones and pebbles of other murals. The mural has weathered well and is still up on the wall over forty years after it was completed. A photo appears on the cover of the Ingatestone High Street - Conservation Area Appraisal and Management Plan 2008.