Bank of Ireland bought Bristol & West in 1997, but eventually sold its 97 high-street branches to the Britannia Building Society in 2005. We would love to hear from anyone within the past or current banking groups if they know anything about the whereabouts of this mural. The yellow marker is loosely placed on St. Ives as we don't have any details about the exact location of where this mural was. 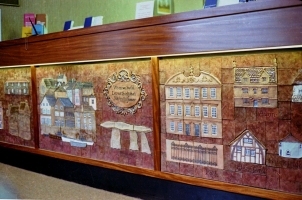 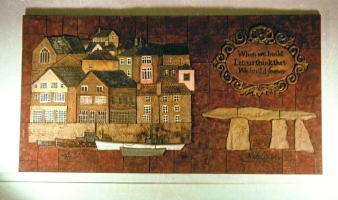 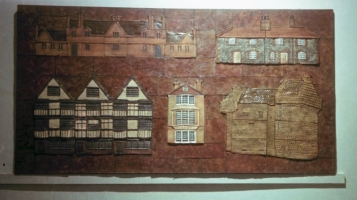 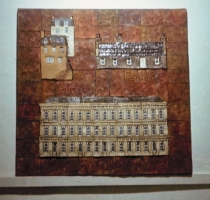 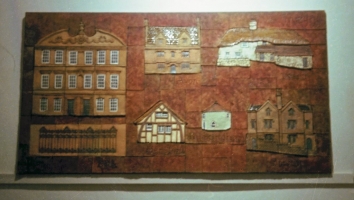 We modelled up a number of buildings of traditional vernacular character from all over the United Kingdom. These included a black and white inn and a semi-detached Victorian villa from Bristol - a thatched Devon long house - a Regency terraced house from Brighton – a Cotswold manor house – Almshouses from Essex – a ‘warm hat and cosy boots’ cottage from Herefordshire – a toll house from Buckinghamshire - Scottish castle - an Iron Age broch - a croft from the Outer Hebrides and a tenement block from Glasgow. We made flexible moulds of these carefully worked buildings. We were then able to make them and arrange them to form different designs. We included a small cartouche with a quote from the 19th century art critic John Ruskin: ‘When we build let us think that we build forever.’