Current Status : Bought in an auction and now in private ownership in Leeds 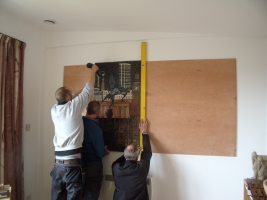 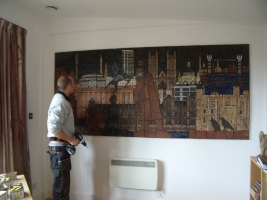 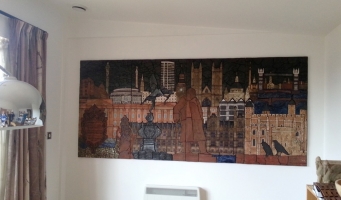 The new owner kindly gave us some details about the history of this mural since it was purchased by the Chelsea Building Society:

For obvious reasons the private owner of the mural would not be keen for us to pin-point their house so the blue marker is loosely placed on Leeds.