Current Status : Located in foyer of building, but permission required to gain access. 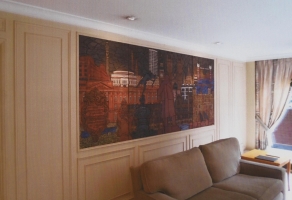