Current Status : Spoken to management of Croxley Green (May 2016) and they say 1 panel is still in situ on No.6 The Courtyard but this is likely to come down in the future. Although the others were saved we felt that there was no reason to rescue these as they are very site specific so they have been destroyed. 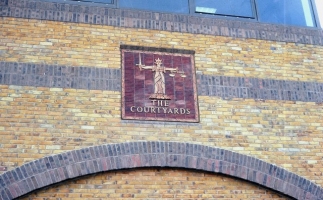 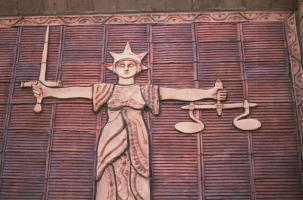 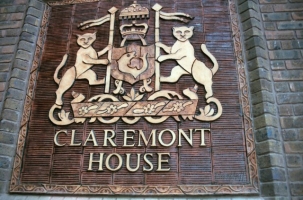 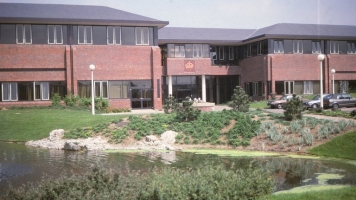 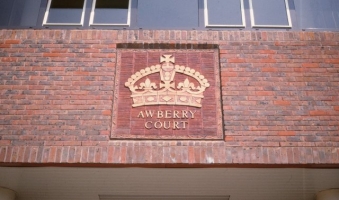 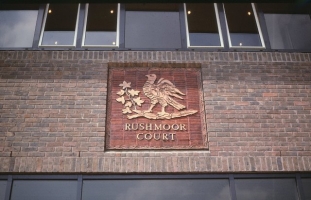 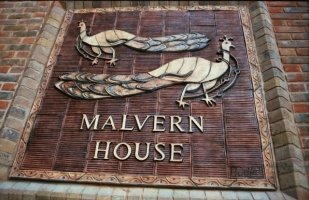 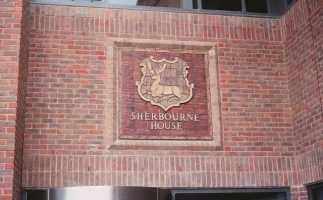 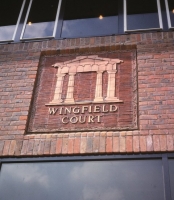 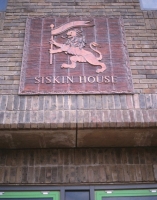 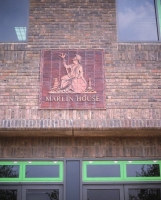 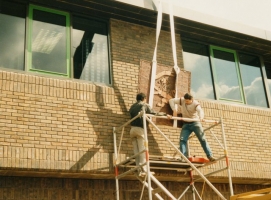 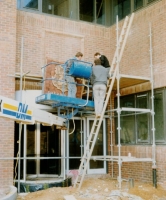 Our clients at Standard Life wanted us to design ten different panels which were to identify different buildings. This series of buildings was situated on the site of the old John Dickinson Paper Mills at Croxley near Watford. The development was to form the offices of a newly built Technology Park. The designs were to measure about five feet square and were to go at first floor level. They needed to be bold in order to be read at a distance. We travelled up to Watford to research the area for inspiration. I still remember the delight we felt when, after a frustrating day, a local librarian showed us a folio of the watermarks that had been used in the 19th century by John Dickinson’s clients. Several of these had been Indian potentates, with elaborate and sometimes almost regal images. There were different figures and exotic animals, a crown and peacocks. We had a series of designs already made! The grid which is used to make hand made paper always leaves its imprint in the paper. We formed the background of each panel with a lined grid pattern to evoke this. Over this we superimposed the different striking and heraldic images that we had taken from the 19th century watermarks. The names of the various buildings were incorporated into the panels.