Current Status : Re-sited in park in 2008 (but now heavily vandalised)

We would like to hear if there is anything left of these toads. 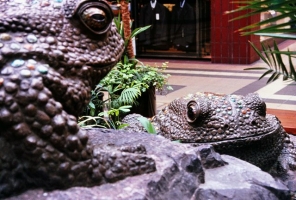 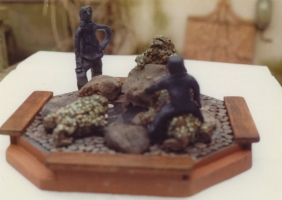 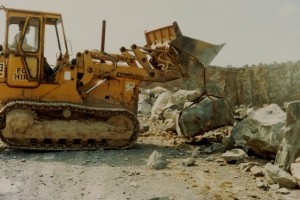 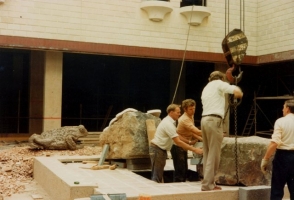 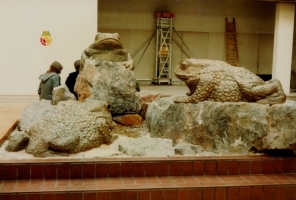 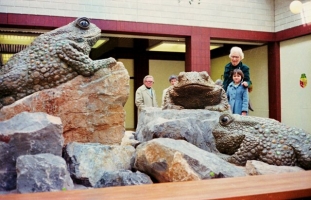 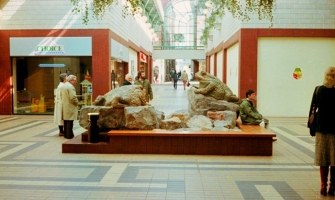 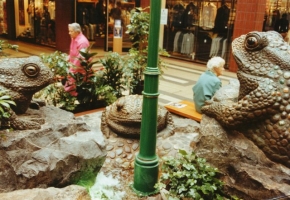 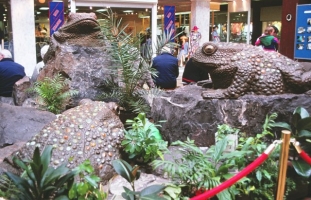 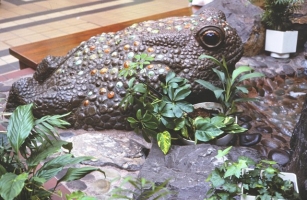 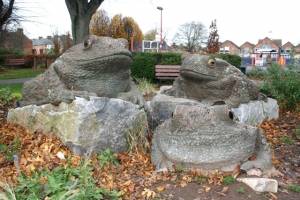 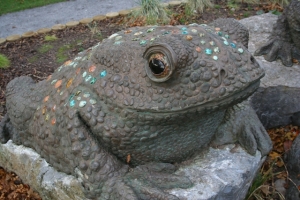 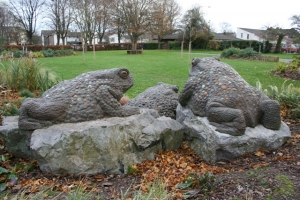 Standard Life had commissioned several murals from us by the early eighties. Now, they approached us to design a three dimensional water feature for the middle of the Old Market Shopping Precinct in central Taunton. Whereas I am happier working on flat surfaces, Kennedy was delighted at the challenge of approaching a sculptural project. We knew that anything we made must be robust and solid to survive in this very public area. We conceived the idea of using massively enlarged toads which would sit on great limestone rocks, surrounded by pebbles and with water bubbling between them. I modelled up one original toad and Kennedy made a flexible mould of this. He then cast three different versions in fibreglass, which we were able adapt to slightly different poses to relate to the limestone rocks on which they were to sit. We left gaping eye sockets to be filled by large ceramic eyes, and small cavities for jewel-like ceramic pieces to be inserted into the bodies’ bronzed surface. We selected the lime stone rocks from a quarry in Cheddar and the whole sculpture was assembled on site in the mall. The toads had to be integrated firmly with the rocks, and stones from Bridgwater Bay were placed in the ground beneath. The original idea was that children would be able to climb onto the backs of the toads, but concerns for safety stopped this from early days. The toads were a success from the start and with seats arranged around them they became a favourite meeting place. On their fifth birthday they had a special cake made to celebrate (with marzipan toads!) and at Christmas time they were often sprinkled with snow and enhanced with gnomes and twinkling lights. In the early 2000s the Mall’s new owners decided to remove the toads to make way for more commercial space. There was something of an outcry and the toads had a respite for a few more years. However, over Easter in the year 2005 they were finally taken away from the Old Market Shopping Mall (now known as Orchard). There was quite a bit of protest at their removal, and they are now back in public view. Still sitting on their rocks, the three toads have come to rest in Victoria Park, a small park in Central Taunton.