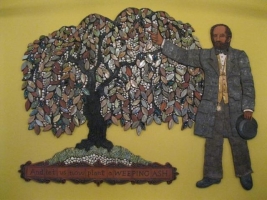 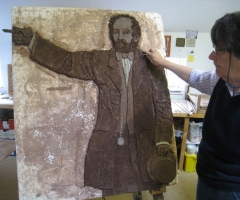 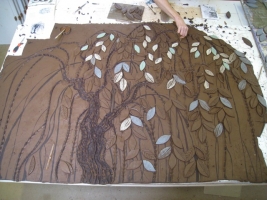 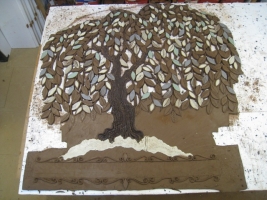 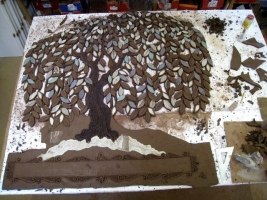 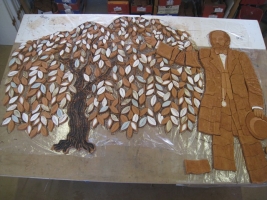 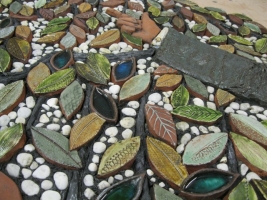 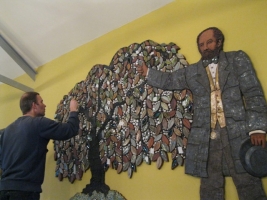 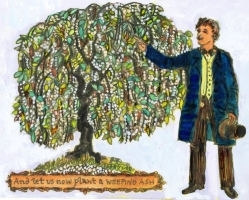 We were approached by the designers responsible for a projected new pub for J D Wetherspoon in St Neots, Cambridgeshire. Although sited in the building which had been the main post office, the client had decided to name the pub The Weeping Ash. When we were erecting the panels, we heard several people asking each other how the name came about. The reason is that the building stands on part of what was once the much admired garden of William Medland, an important man in Victorian St Neots. The garden was well known for its many fine trees and shrubs, and particularly for its "magnificent weeping ash". In designing the mural I tried to give a visual explanation of this story and the unusual name. The panel shows a formalised weeping ash tree, with the trunk and articulated leaves forming a richly coloured pattern. Besides this stands a Victorian gentleman in the prime of his life, gesticulating towards the tree. Beneath is written: “And let us now plant a WEEPING ASH.”