Bristol & West used to reside in this building but in 2011 the building was refurbished and this mural could have been lost at that time. We would love to hear from anyone who might have seen this mural or possibly rescued it before the Bristol & West branch closed. 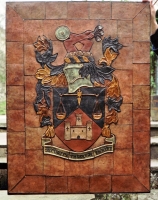 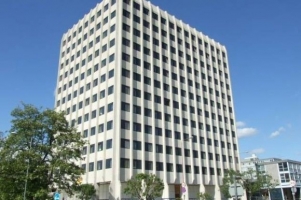 We produced several crests in buff and terracotta clays which went to their head office as well as a number of smaller branches.

The Harlow crest was different as it was incorporated into a solid background.