Current Status : Moved from outside to inside the centre in 2009 and still there in 2014 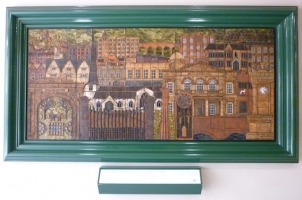 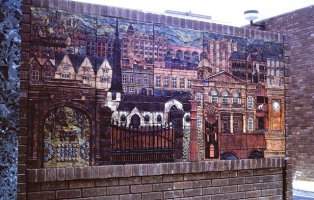 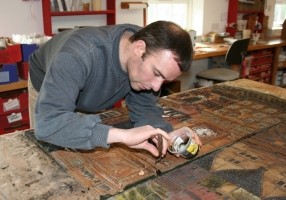 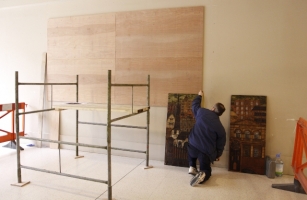 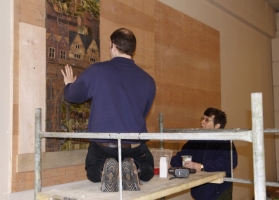 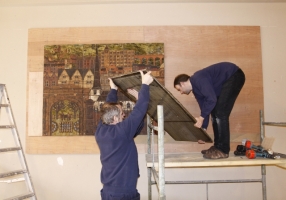 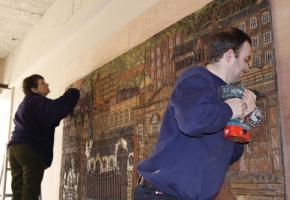 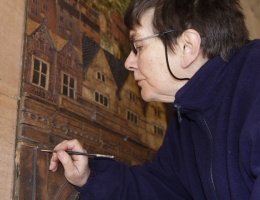 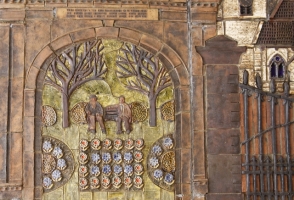 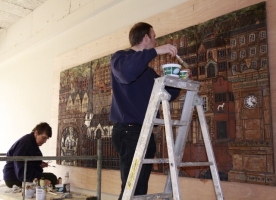 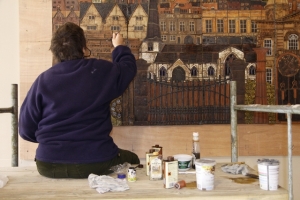 Laing Development commissioned us to make a mural incorporating the historic buildings of Stroud in Gloucestershire. Stroud had been and in the early seventies still was a flourishing manufacturing town. We visited the area and saw working mills as well as characterful buildings and houses. As always, we visited the local museum and library and had much help in discovering the significance and relative importance of local features. We designed and made a collage of buildings and artefacts with the background formed by the green hills which surround the town. As often happened, we became friends with the architect and in this case also the representative of Laings. During the designing process, they jokingly requested that they might appear in the mural. I incorporated two little men, one with a beard, sitting on a park bench in the foreground on the left of the mural. The mural was part of a shopping mall which was redeveloped in 2006. Local people, including the Stroud Civic Society, asked that the mural be retained. After some time in storage a little refurbishment was necessary and we worked on the panels in our studios. The mural was re-erected in January 2009. My son Daniel was not born when the mural was originally designed and made. He is now my business partner in Black Dog and came to Stroud to fix the panels back to the wall.