Current Status : Daniel has recently seen this in 2014 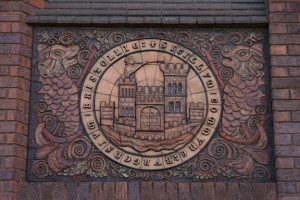 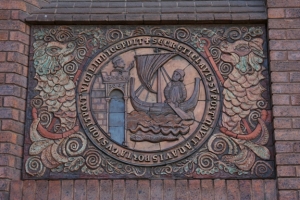 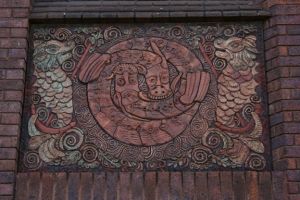 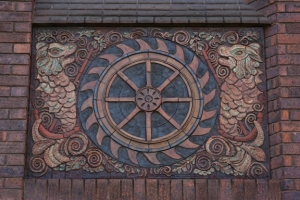 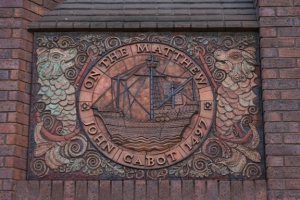 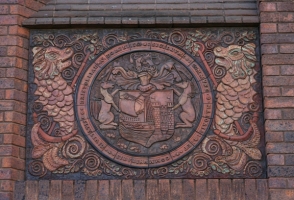 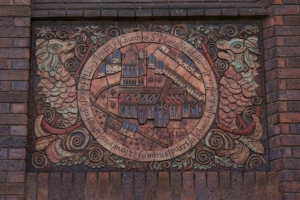 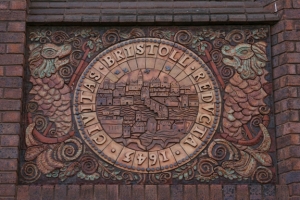 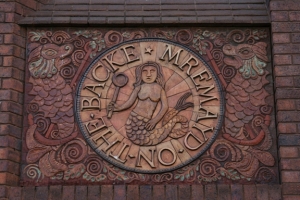 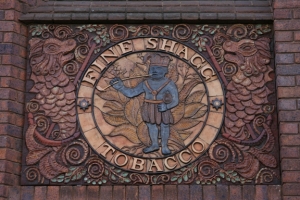 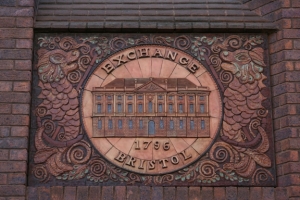 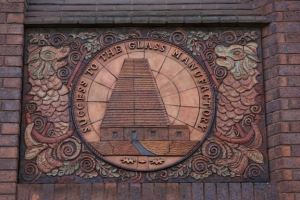 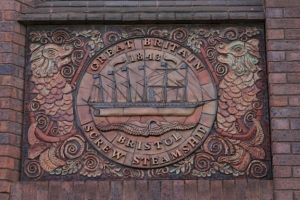 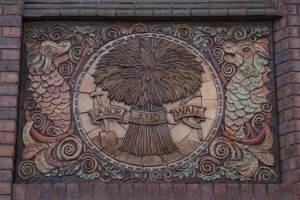 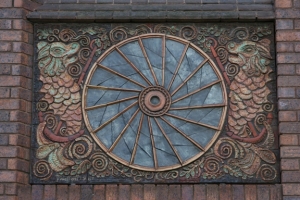 In 1980, when the building was still at planning stage, we were commissioned by Standard Life Developments to do fifteen panels for Broadquay House in central Bristol. The panels (each 1500mm x 1000mm) were to be integrated in to the building’s fabric at first floor level, clearly visible from the busy pavement beneath. The development was in an historic position, just on the central dock area of the city, on the site of the old CWS (Cooperative Society) headquarters for the South West of England. A theme was chosen of Bristol's history, and we spent several weeks researching suitable images and themes. The Coulstons were a famous Bristol family who gave generously to the city over the centuries and we decided to link the various – often quite different, images with a repeating cartouche based on the Coulston family crest. Two sea-lions from this crest support a central roundel which we filled with fifteen different designs. These were based on features sourced from museums, buildings, documents and coins from all over Bristol. We worked in contrasting buff and terracotta clays, and selectively used a reduced palette of copper and manganese glazes. The panels caused a great deal of interest when the building was first opened, and continue to be a landmark in the city, Guides use them to point out different aspects of Bristol's history, and they have been incorporated into books about the city's unusual features. Done many years ago now, they remain some of the work of which I am most proud. The first panel (shown above) depicts the great stone keep of Bristol castle (13th Century) from the Common Seal of the Burgesses of Bristol. Descriptions of the other panels can be found by clicking on the images below.